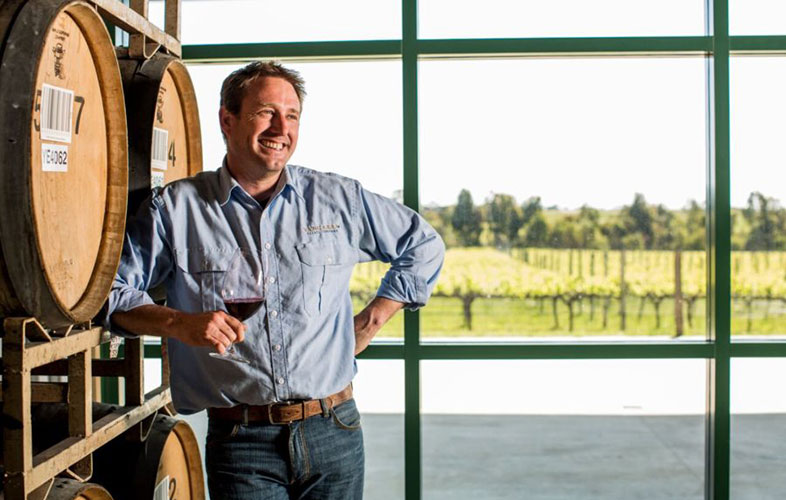 Yangarra Estate began planting as early as 1946 when the property was called Lalla Rookh, or ‘love nest’. These plantings included a plot of unirrigated bush vine Grenache named the High Sands vineyard. For years the fruit was sought after by local winemakers using it to improve wines from smaller holdings across Mclaren Vale.

Then in 2001 everything evolved. The American Jackson family, famous for their eclectic international winery holdings purchased Yangarra Estate Vineyard with the intention of producing world-class Grenache and Shiraz from these priceless old vines.

Yangarra under Pete’s skilful guidance has continued to garnish impressive critical acclaim for its wines from the likes of James Halliday.  The single vineyard estate is now farmed using biodynamic principles under the supervision of viticulturist Michael Lane.

We are big fans of the Yangarra range at Wine Experience, as they deliver exceptional quality at all price points. The innovative Rhone white style blend, simply called “Blanc” is one to watch out for and the pale, dry Grenache Rosé is simply delicious and incredibly drinkable.  Explore the range today.

This wine is based on simplicity of winemaking, and showcasing the fresh and crunchy style these varieties provide. Hand-picked and whole bunched p...

Bush vine Grenache is picked early in the season capturing the pink lady apple crunchiness of the skins, l...

The Yangarra GSM is a careful blending of grenache, shiraz and mourvèdre. Bright and perfumed...

High Sands is our grail. It captures the essence of our prized old vines. For us, High Sands means intense, brilliant, taut yet harmonious, serene,...

The vineyard is certified biodynamic (certification # 11587) with Australian Certified Organic. We have q...

Mourvèdre is a thick-skinned, late-ripening variety that requires consider-able sunshine to ripen. Our Mourvèdre lies on a small west...

Produced exclusively from our Estate bush vines planted in 1946, high on our Estate’s deep sandy soi...

Certified Biodynamic and Organic with no additions of any kind!

"Our goal is an early drinking, fresh and vibrant wine, and thi...

"From its silky, slightly smoky, oriental fragrance, which somehow smells like pale gold, through its mel...

The Roux Beauté began as a winemaking trial, with the intention of growing a...

Shiraz from our Estate vineyard adopts more of a cooler climate expression than the typical McLaren Vale style than...

Whole bunch fermentation is used to produce extra complexity and tannin structure. We have trialed many percentages of whole bunch, and found that...