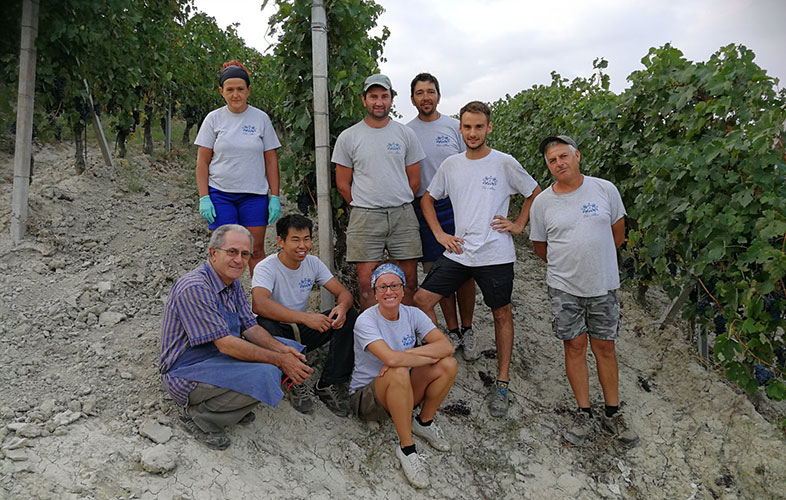 Elio Altare's grandfather Giuseppe came to the town of La Morra in 1948.  The small farm was mixed agriculture, with vines, fruit and nut trees mixed together.  The post-war years were not easy in Europe, and as hard as it is to believe now,  even the wines of Barolo were difficult to sell.

Elio's inspiration came in 1976, after an epiphany while visiting Burgundy in France.   His ideas were considered radical in Piedmont at the time, green harvesting,  no application of synthetic fertilisers or chemicals and the use of small new oak barrels.   Elio's vision and experimentation were unwavering and even resulted in him being removed from his father's will.  It was only over time that he was able to repurchase the family estate from his siblings.

The wines from Elio Altare are unashamedly ripe, polished and drinkable on release, although time has proven their ability to age gracefully as well.   The Langhe Nebbiolo is a delightful introduction to Nebbiolo from Piedmont, and our in-store customers love the plush Barbera d'Alba.

These are beautifully crafted wines from a winemaker with a clear vision.  They are Highly Recommended.

Vinification: Maceration on the skins for approx. 3 to 4 days in rotary fermenters with temperature...

The Elio Altare Langhe ‘La Villa’ comes from the La Morra sub-region. Only 200-250 dozen bottles are produced each year from Nebbiolo and Barbera g...

Area of production: La Morra Age of the vines: planted in 1948