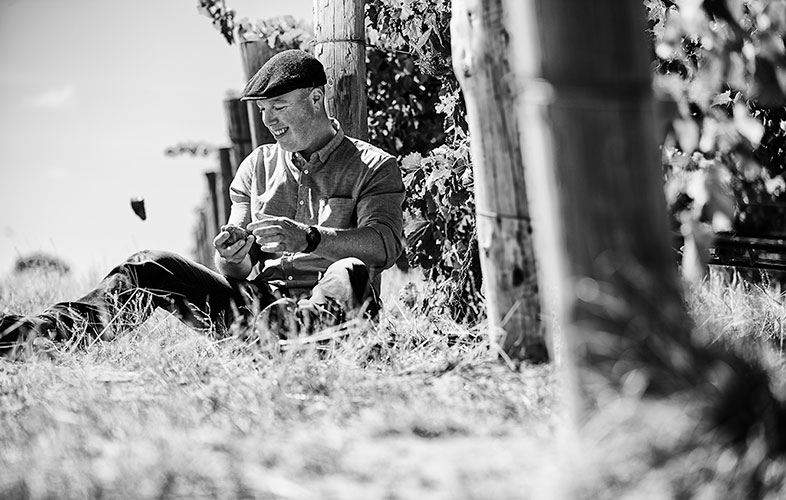 Many Barossa winemakers love French wines, but Alex Head seems to have taken his affection for Northern Rhone and Southern Rhone styles to yet another level. Working almost exclusively (but not entirely) with some pretty special, mainly organic, vineyards in the cool Eden Valley he crafts some of this country's most incredible Shiraz and Grenache from very old vines.

Even though his Icon Series Single Vineyard wines are highly sought after by collectors, Alex says he pays even more attention to his entry-level wines which offer incredible value, showcasing the Head Wines ‘house style’, and introducing new wine drinkers to Barossa Grenache and Shiraz.

An intelligent winemaker with no formal training, and like all the world’s great winemakers, making wine guided by palate, feeling and intuition rather than a recipe.

Head is an inspiring producer, pushing the boundaries in the Barossa.

Luckily, I have access to very small parcels of fruit from old, dry-grown, hand-pruned/picked vineyards. I decided that making a Grenache the way B...

This wine, like the ‘HEAD RED Shiraz’ is essentially a de-classification of the ‘Old Vine’ Grenache. The mother vineyard (c...

Fruit is sourced from up to 10 Barossa vineyards predominantly coming from the higher altitude, cooler sites of Eden Valley. The wine allows a prev...

This single vineyard lies in the Stone Well parish at 280m altitude and has a myriad of soil types including sandy-loams, red clays and a limestone...

From a Shiraz vineyard planted on top of Moppa Hill at 380m, the highest elevation on the western ridge of the Barossa. The vineyard has a perfect...